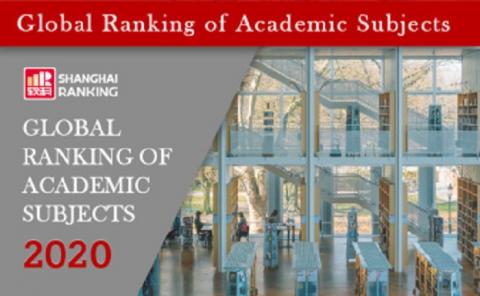 In Economics, CEU holds at world #101-150. It is 1st in both Austria and Hungary, and, for the first time, joint #1 in Central and Eastern Europe. CEU rates particularly highly in top publications, citation impact, and international collaborations. It ranks with Arizona, Emory and Georgia Tech in the U.S., Chinese U, NTU and Shanghai Jiao Tong in Asia, and Humboldt, Louvain, Nottingham and Stockholm School of Economics in Europe.

The most influential and widely observed global research ranking, ARWU rated universities based on research publications over 2014-2018. It ranked more than 4,000 universities in 54 subjects across natural sciences, engineering, life sciences, medical sciences, and social sciences.