Book: Julius Horvath on the History of Economic Thought in Central Europe 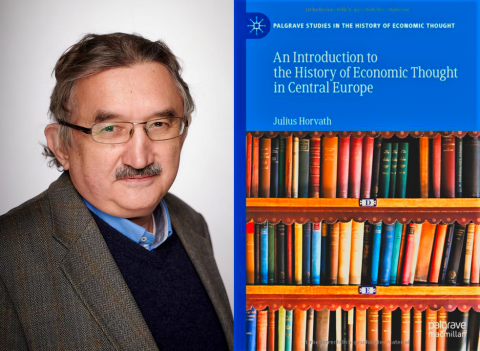 Professor Julius Horvath has published An Introduction to the History of Economic Thought in Central Europe with Palgrave Macmillan.

The book addresses the comparative history of economic thought in Central European countries where there is a notable common historic heritage and political traits. Professor Horvath explores issues of Central European identity, Habsburgian and Soviet influence, and nationalistic traditions, and reveals commonalities between Czech, Hungarian, Polish and Slovak economic thought. Such similarities proceed to explain aspects of contemporary economic and social policies in these countries. The book aims to highlight connections among Central European economists, and will be of interest to economists, economic historians, sociologists and historians.

Palgrave Studies in the History of Economic Thought publishes contributions by leading scholars, illuminating key events, theories and individuals that have had a lasting impact on the development of modern-day economics. The topics covered include the development of economies, institutions and theories.