The CEU Executive MBA Executive Advisory Board consists of distinguished senior management practitioners and scholars. The Boards advises Program Co-Directors on how to improve the Program’s curriculum in line with trends and developments in the business world and management research. 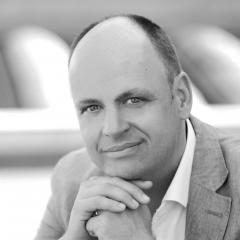 Robert Byssz (‘15) is a Global Sales Transformation Director for Philips. In his current role, he is impacting close to 4500 sales people in over 100 countries, enabling them to be successful in a more digital environment than what they are faced with today. Close to 50% of the totalrevenue of Philips, approx. 11 Bn EUR is coming from the global healthcare sector, which analysts expect to experience a huge transformation in the coming five to 10 years. Robert was invited to his current role after the great success the teams achieved in Central and Eastern Europe, when in the first year he was part of a team responsible for an increase EBIT by 14%, followed by a 20%+ CSG in the coming years. He joined Philips after 10 successful years at Hungarian Telekom, where he started his journey as a trainee at Westel. In his last position, he was the deputy director of Small and Medium Business Sales Directorate. He spends all his leisure time with his two daughters and wife. 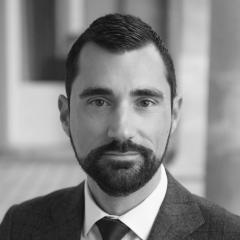 Heribert Gangl (’10) has more than a decade of experience in the European hotel industry working in hotel asset and investment management on both the principal and advisory side. In his current role as Director of Hotels & Tourism at Erste Group in Vienna he is responsible for growing the bank’s industry portfolio and implementing tailored and sustainable project financing solutions with customers across Europe. Previously, Heribert was a Director with Hamilton Hotel Partners in London and Managing Director of Horwath HTL in Austria. Prior to that he worked for Internos Global Investors in London (now Principal Real Estate Europe) where he was responsible for the asset management of the group’s entire hotel portfolio. Heribert holds an MBA from CEU and graduated from Hawaii Pacific University with a BSc in Travel Industry Management. He also studied at the University of Vienna, Austria and NYU Stern School of Business in New York, USA. 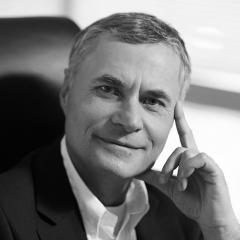 Dr. Jacek Giedrojć founded Warsaw Equity Group, a private investment firm, in the early 1990s. Before returning to Poland he had worked as a public servant in Canada and New Zealand. He has earned an MBA from Harvard Business School and PhD from the Institute of Philosophy and Sociology of the Polish Academy of Sciences. He published two books: Competition, Coordination, Social Order, and Pułapka [Trap]. In his free time he travels the world by yacht, dives and plays golf. 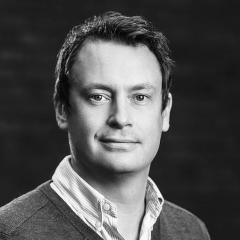 Finn-Age Hänsel (’07) studied Business Administration in Germany, Hungary and New Zealand. Following a four-year engagement at BCG, he joined Rocket Internet in Australia from 2011 to 2013 as a Managing Director. After founding the largest Australian online fashion retailer, THE ICONIC, he went on to become the Managing Director of the ProSiebenSat1-Incubator, EPIC Companies. In 2015, he founded the Berliner Berg brewery and became a Business Angel for multiple Berlin start-ups, including CrossEngage, SMACC and Einhorn. In November 2015, he joined Movinga as CEO. Finn is also a board member in the German Start-up Association. 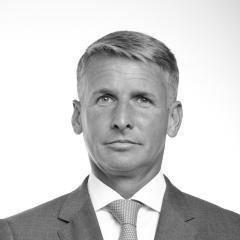 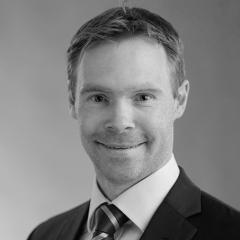 Michal Kopp (’15) is Executive Director at Morgan Stanley, formerly at Deutsche Bank and Clifford Chance. A strategic and self-motivated senior executive with more than 10 years of leadership experience in building and developing multicultural global technology teams, he has driven departmental technology, workforce and innovation strategies. He is an accomplished manager of large scale and complex technology transformation projects and programs. He is results driven, with proven skills to deliver business change and efficiency programs through process excellence and nearshore and offshore strategies. He has developed a strong reputation in influencing stakeholders, changing organization culture to achieve strategic goals. 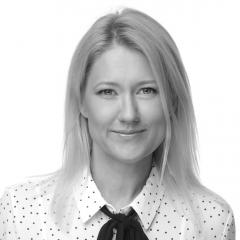 Jelena Langer (’15), after 16 years of a fulfilling management career in regional marketing and education at L'Oréal, founded and became CEO of a start-up called Longevity Project. Her mission is to bring to Central and Eastern Europe an up-to-date, science-based approach of lifestyle medicine, especially healthy nutrition, and to educate people, companies and healthcare practitioners about the benefits of a whole food, plant-based diet. She works with incredible people who share her passion for building the culture of health in Hungary, where chronic disease is prematurely crippling people. 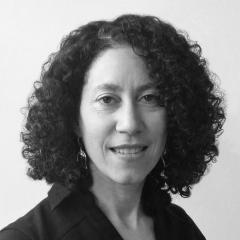 Joanna Messing is Executive Director at Growald Family Fund. A graduate of Oberlin College and the University of Massachusetts, she joined the Fund in 2007 to develop and implement its philanthropic strategy and to provide capacity-building and networking guidance to help portfolio partners scale up their programs for maximum impact. In her role as Executive Director, Joanna takes a lead on convening and bridging funders and NGOs, particularly in the key issues of finance, health and water, and how they relate to energy choices and climate. Prior to Growald Family Fund, Joanna ran her own company, Positive Ventures, a philanthropic and social enterprise strategy consulting firm. Previously she was associate director of REDF (previously Roberts Enterprise Development Fund), a leading venture philanthropy fund, and she was also the director of NESsT Consulting and Enterprise Development, where she helped launch and implement the NESsT Venture Fund for investing in social enterprises throughout CEE and Latin America. Having grown up well off the grid, she brings a deeply rooted ethic of sustainability to both her role at the Growald Family Fund and her own household. 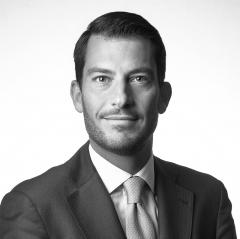 Nicolas Mirabaud (’08) is Managing Partner of the Mirabaud Group and Head of Wealth Management for the Group. He is Chairman of the Board of Mirabaud & Cie (Europe) SA. Nicolas holds a master's degree in business law, an MBA from CEU and a federal diploma as a finance and investment expert. He represents the seventh generation of the Group's founding family. He began his career with the eponymous bank in 1999 as a fund analyst. In 2001, he joined the bank's wealth management department. Since 2016, he has been Head of Wealth Management for the Swiss market and a member of the Executive Committee of Mirabaud & Cie SA. 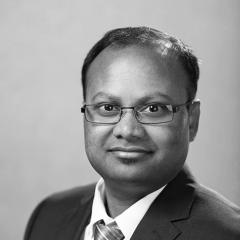 Sameer Saran (’16) is an accomplished engineer and Director at NXP Semiconductor. He was formerly at Intel Corporation. An expert in product development, manufacturing and testing, he has rich experience of dealing with cross-cultural and cross-functional teams. An outstanding project planner and communicator, he has gained a reputation for process excellence and change management. 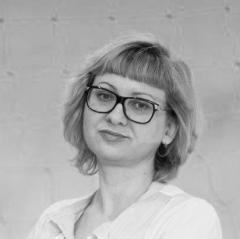 Elena Svobodina (’02) has been a senior executive at several multinational firms. Latterly, she has been Sales Director for Russia for Eli Lilly & Co. There she managed to sign direct contracts that led to a 25 percent growth in sales. She also led the introduction of excellence in execution processes within the organization. Previously, she was at Mars ltd in numerous roles, including Field Sales Director in Siberia, Route-to-market Director in Mexico and Head of Customer Marketing in Moscow. Elena Svobodina also is an author of several management books. 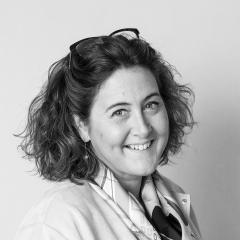 Amanda Turnbull is Vice President and General Manager for Discovery in the Middle East and Africa (MEA), a regional division of Discovery, Inc., a global leader in real life entertainment that reaches passionate fans in 220 countries and territories around the world with content that inspires, informs and entertains. Amanda is responsible for spearheading the strategic development of Discovery’s entire business across Africa and the Middle East. With over 30 years of experience in the media industry, Amanda first joined Discovery in 2007 as Ad Sales Director for the Emerging Markets, launching Discovery’s ad sales business in Russia, Ukraine, Central Europe, Turkey and South Africa. Prior to Discovery in 2014, Amanda worked as Group Publishing Director for the Luxury division of Hearst Magazines UK, which is responsible for Harper’s Bazaarand Esquire. Amanda holds an MA in Modern History from Cambridge University. She was named Middle East Broadcast TV Executive of the Year at the MENA Digital Studio Awards 2019. 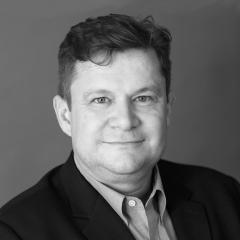 Emil Virág (’03) is a distinguished and accomplished professional with over 20 years of business experience. An MBA graduate, Emil also has two bachelor degree's, one in Finance and Banking and the other in Mechanical Engineering. Upon graduating from the university, Emil went on to establish a successful career in supply chain management. Emil is the Director of Supply Chain with Mondelez International. He has global responsibilities and has been with the company for over 17 years. His responsibilities include managing new product development, product launches, manufacturing network optimization and supporting the company’s international supply chain operations and management. One of his greatest professional accomplishments was effectively working in Russia and having developed and launched several successful new products there.